What is AirPlay Mirroring?

You can mirror exactly what you see on your iOS Device or Mac to your TV by using an Apple TV. So you can show everyone in the room what’s on your display (web pages, videos, games, etc.). It works wireless and supports zooming and device rotation.

On Mac with OS X 10.9 (Mavericks), you also can extend your Desktop to the AirPlay Device (as known from second computer displays, that means not just mirror your first screen).

What hardware and software do you need?

Two things are necessary for streaming via AirPlay Mirroring:

Of course, sender and receiver have to be in the same network (either connected via Wi-Fi or Ethernet).

How to activate AirPlay Mirroring on an iOS Device 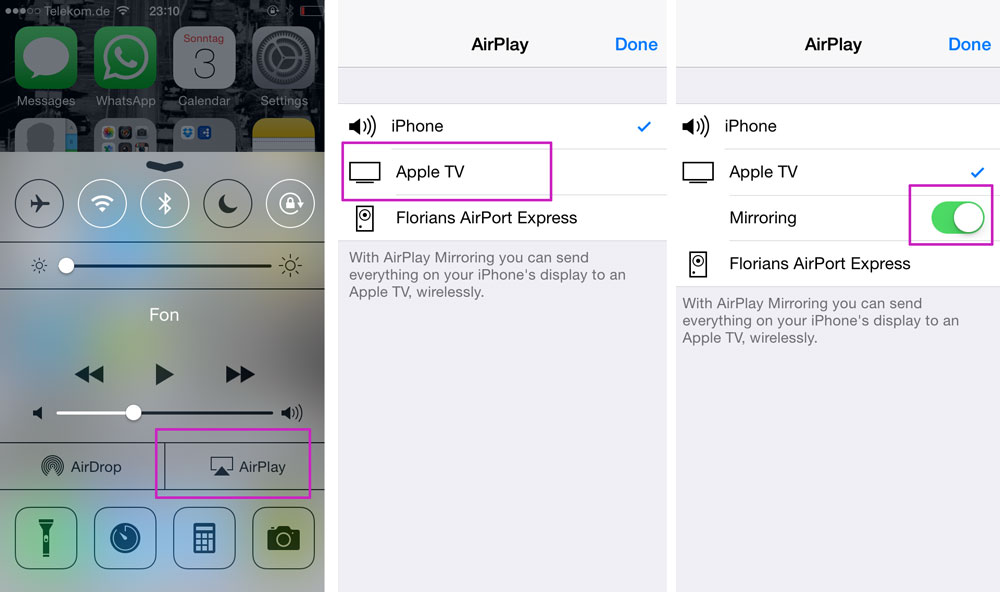 How to activate AirPlay Mirroring on your Mac

If there’s an Apple TV in your network, the AirPlay menu appears in the menu bar (upper right corner of your display, see left screenshot). Just click your Apple TV and the AirPlay Mirroring will start.

You can find the corresponding options also in “System Preferences > Display”.