In this article, I will show you how to wirelessly send the audio signal of your Apple TV to alternate AirPlay Speakers (e.g. another Apple TV or an AirPort Express).

A nice feature, introduced with Apple TV 5.2 in 2013, is the option to route your audio wirelessly to alternate speakers.

Send stereo audio from movies, TV shows, and other videos on Apple TV to AirPlay-enabled speakers and devices (including AirPort Express and other Apple TVs).

I can imagine a lot examples where this can be really useful:

Settings for routing the audio signal to “AirPlay-enabled” speakers

There are two ways to send the audio output to alternate AirPlay Speakers.

Hold the Ok button pressed while playing a movie

While a movie is playing, hold the Ok button of the Apple Remote pressed until a menu appears. The tab “Speakers” shows your audio output options, including other Apple TVs and AirPort Express stations. Use this menu also for adjusting the output volume. 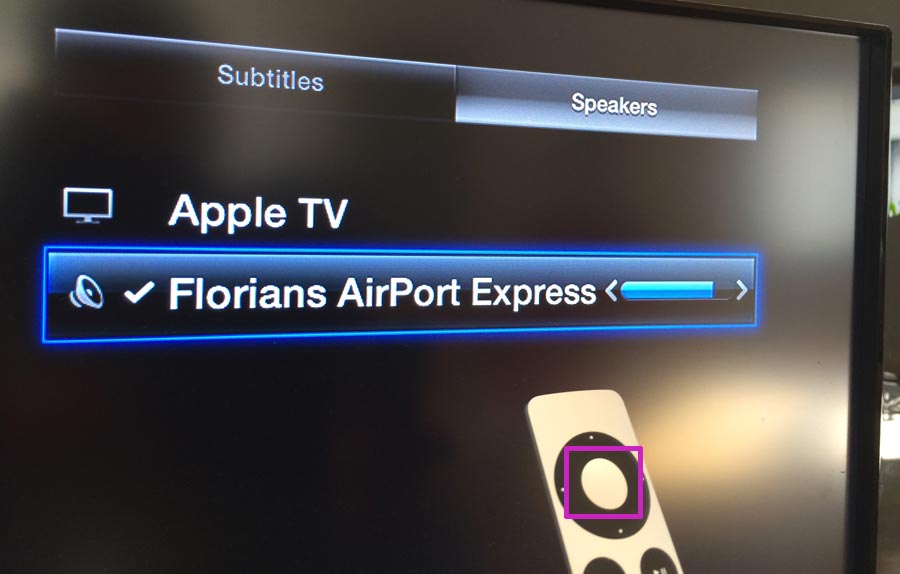 The second way is: If you want to use another AirPlay Device as Audio out for music or other content, go to “Settings > AirPlay”. You can see all the devices/speakers connected to your home network. Select the desired AirPlay speakers.

In the past, there were some problems with this feature which should have been fixed by now (so make sure to use the latest software updates). For me, this feature worked without problems if I start the movie directly from my Apple TV. I had some synchronization problems when I sent the movie from my iPhone via AirPlay to my Apple TV which redirected the audio signal to an AirPort Express (an really old AirPort Express, so not sure if this is the problem…).

Do you have any experience with a setup like this? Why do use it? Does it work? Just leave a comment.